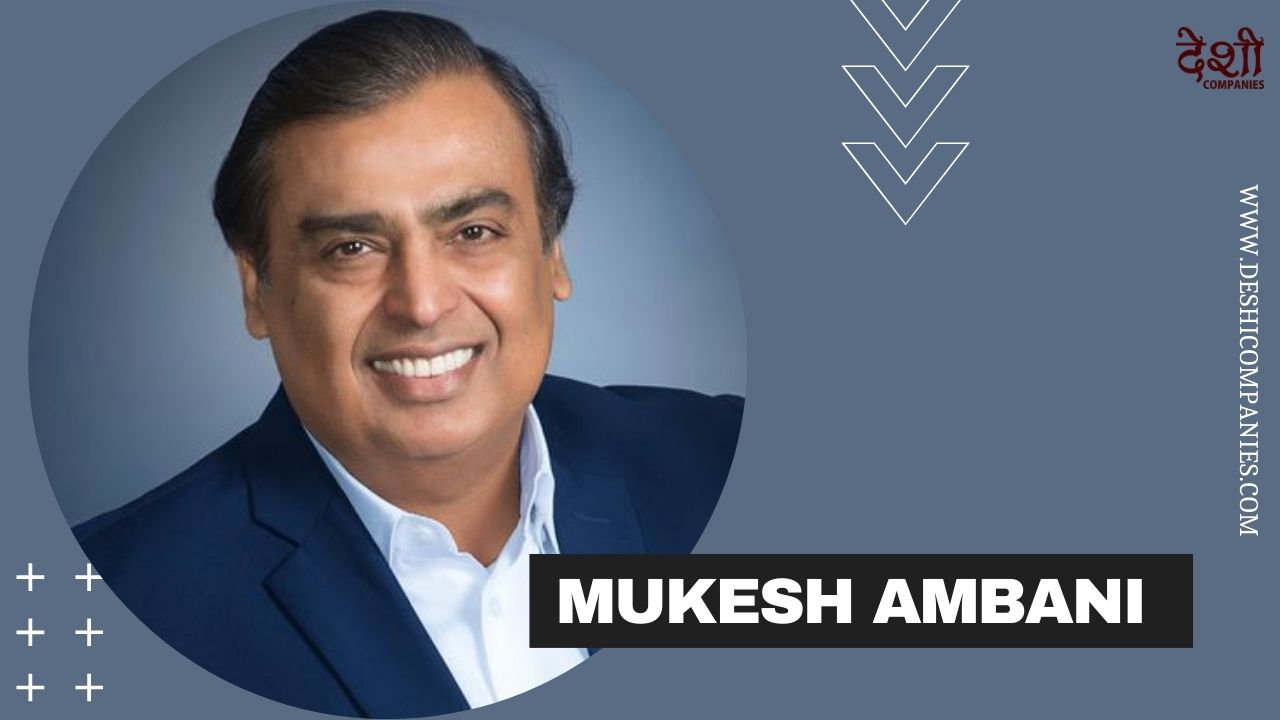 Mukesh Dhirubhai Ambani is the Chief Executive Officer and Managing Director of Reliance Industries Limited. He is an Indian Billionaire businessman and richest person in Asia-Pacific region. Mukesh was born on 19 April, 1957, at Yemen. He has two sisters Dipti Salgaoncar and Nina Kothari and also have a younger brother, Anil Ambani. His father, Dhirubhai Ambani started his own business in Mumbai in 1958. Mukesh helped his father in business. Later, he continued the family business.

Mukesh Ambani completed his high school from Hill Grange High school at Peddar road. He did Bachelor of Engineering in chemical Engineering from the institute of Chemical Technology, Matunga, Bombay. After, he attended MBA from Stanford University but he did not completed studies and join Reliance industry.

In 1981, Ambani joined the family business and started expansion of reliance industry from textile to Polyester, petroleum refining and petrochemicals. Later he also started a telecom company Reliance Jio. He is currently focused on communication and information technology programs. He also looking at expanding 4G Broadband wireless services.

Journey of Mukesh Ambani is incredible and motivational for all. He is successful business tycoon. He did many things in his life. Ambani has been listed as India’s richest man. On January 2018, he was ranked by the Forbes in list of wealthiest person in the world. He also became the first non-American to be the Director of Bank of America.

On 1985 he married Nita Ambani. They have two sons Anant Ambani and Akash Ambani and one daughter Isha Ambani. The family resides in 27- Storey private apartment called ‘Antilia’. It worth $1billion. The building has 600 staff members for maintenance and has three helipads, 160 car garage, private movie theatre, swimming pool and a fitness center. Mukesh Ambani favourite food is Idli Sambhar and favourite restaurant is Mysore Cafe.

On 2020, Mukesh Ambani has networth US$81.6billion approx and ranked 5th in Forbes Top 10 Richest Man. He is one of the richest man in the world.